In March, I wrote about the UK’s Global Talent Visa and how, as a coder, it probably meant you could get long-term residence in the UK even working for yourself.

Recently Geoffrey Robichaux asked me great questions about it. He even agreed I could post them here! I’ll share his questions and my answers, in hope that they’re useful to you too.

Geoffrey also gave a little background, which I could summarise as:

Geoffrey’s questions, minus some identifying details:

I plan to release some of my now side projects so that my github (https://github.com/geoffreyrobichaux) is a bit more filled out. I am also thinking about writing a small-ish book as it relates to effective software development in big companies and how technology should be looked at to be effective. Do you think I stand a chance as it is, or should I get more public stuff out there to fortify my application?

Keep in mind as I answer that I’ve only done this once, so I have limited authority here :-) But I’ll answer as best I can, and perhaps that will be helpful.

About knowing C-level folks and the details of your work: I don’t think they’ll need to know the specifics, and I don’t think the specifics of your work are the right thing to emphasise here. Keep in mind that the people you’re trying to impress are a sort of blend of a government bureaucrat and a Venture Capitalist. They like hearing about hot technologies in the general case, but aren’t likely to know or care about exactly how you optimised things – unless you can put an important-seeming number to it, something delimited in page views, customers, dollars or similar. It’s also a bit like a resume entry - numbers are good, and a recommendation is good if somebody can say you did something obviously good, and “good” is business-good more than tech-good, but at least it’s tech-savvy business folks. Again, think VCs – they clearly have a strong interest in anything with cryptocurrency, for instance, so they’re clearly following large trends.

About timing: where Tech Nation folks give times, the guideline seems to be roughly “last five years”. I mean, if you’d done something amazing before that I might find a way to mention it anyway. But they seem to mostly be looking for your last five years.

About “exceptional”: “exceptional” seems to be more than they actually require. That may be part of why they’re changing the name. But keep in mind that their (listed by them) criteria for “good enough” include things like “experienced front-end engineer” and “devops engineer.” Given your level of experience in industry, my guess would be that you’re fine. While I suspect I look better than you do on paper (e.g. conference speaking, general notoriety,) I’ve seen articles from a couple of folks who made it in with less impressive resumes than you have.

I don’t think releasing your open-source projects or book will make much difference unless you work hard to promote them. In their guide they emphasise metrics – page views, sales numbers, etc. I’d try to do that where you can. If you think you could get sales, or impressive-sounding customers (e.g. somebody from a well-known company might buy or review your book) or a lot of GitHub stars or something, sure, go for it.

But it sounds like you have at least a decent chance as-is. In your position, I’d probably just go for it. If that fails, you can always try a work visa. It could cost you the application fee. So I would not pay the various (quite high) expedited processing fees and so on if you can – do the basics. Which, admittedly, could be really annoying, timing-wise. I don’t know if you have a family or other folks you would be inconveniencing by deciding the timing of your move on short notice… But if you can, I’d apply and see. I suspect you’ll get in.

They’re trying to build up a startup ecosystem. You’re a full-stack and frontend engineer with loads of real industry experience. You’re very much the sort of resource they’re trying to get more of. With some good evidence and good recommendations, I strongly suspect they’ll take you without a fuss.

It’ll still be annoying and bureaucratic of course, because they’re a government. But I found the UK application process to be better than most of my dealings with the US government, and far better than what I’ve heard about people trying to get into the US. 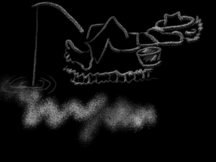