Rands recently wrote a post called “Your Culture is Rotting”. The short version is that he thinks if people are nervous about HR, it’s a sign of a culture problem. I partially agree - but I think being nervous about HR is perfectly normal and should be expected. It’s the degree of nervousness. Here’s what I wrote on his post:

It’s interesting to see you interpret “human resources” as “resources for humans.” I don’t generally see that phrase interpreted that way. It’s normally “humans as resources” — the same as “people are our most valuable resource.”

That interpretation is dehumanizing to the “resources” (employees) in question. But managers often refer to their people as “resources”, so that’s normal.

HR is a policing-type role. They should be very hands-off when things are healthy and all is going well. In a healthy culture battling an infection (bad employees or bad employee behavior,) they’re hands-on to remove the infection efficiently. In a toxic culture, they become enforcers of that toxicity. As you say, seeing them isn’t good news. HR is like a police car on the highway. “Oh shit, am I speeding? Is my registration expired? Am I going slightly faster than other cars nearby?” It’s low-level anxiety, not the guilt of specific wrongdoing.

Relatedly, one person’s “gravitate toward informed decision-makers” is another person’s “listen to the most influential managers and enforce their whims.” It’s hard to tease those two things apart. And as you say, HR is generally massively under-resourced, making it impossible.

A company can have a popular and capable dictator/manager that employees feel okay about (commonly a founder, CTO or Director of Engineering.) But that system is fragile and leads to cliques. As a random employee, you always wonder if you’re still in the good graces of the guy who quietly decides who’s in and who’s out.

(I worry about that, and my last few jobs have loved me. I’ve even been the guy who decides. The anxiety never goes away.)

I agree that when people are nervous about HR it’s because the company’s values aren’t perfectly aligned with their own values. Here’s a dreadful secret: if you’re an employee rather than a sole owner of the company, a company’s values are never perfectly aligned with your values. There is always a difference, it’s just a question of how big a difference.

Here’s the basic conflict: a company that says “being ethical is good business” is still, in the final analysis, driven by business, and ethics is just the method to do that. If there seems to be a genuine conflict where ethics is not good business, pretty much any company understands: they are in business, not religion, and business will trump ethics.

(“But being ethical is good business! People will find out if you’re unethical!” Okay, now what does the company do when it appears that there is no consequence of that kind for being unethical? If you justify ethics in terms of business, sometimes there will be conflicts.)

So: HR gets treated as an extension of the business, rather than how you would treat your therapist, pastor, lawyer or other professional who has specific legal protections and requirements to be “on your side” in particular ways.

That’s because that’s exactly what they are. I’d be in favor of a serious HR profession analogous to the medical or legal profession, the clergy or therapists. But right now we have no such thing, and no legal or professional protections like those professions have. 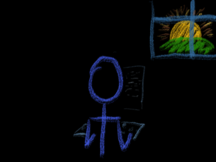